Ok this is the second mission for 2 Platoon under Lt Willi Makit. His orders are to locate the insurgent informer/s in a specific street in the suburbs of Afaqi.

Below is an overhead recce photo of the AO. 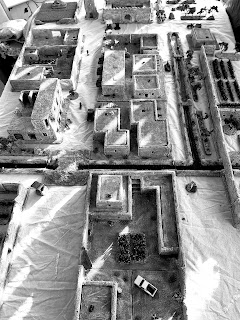 The platoon can be seen with extra section and a dog handler and medic attached. 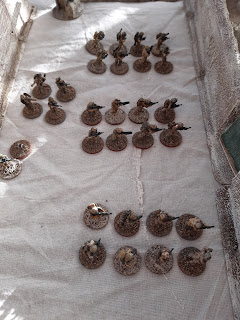 Third section with attached search dog handler scope out the area of a compound searching for hidden informants. 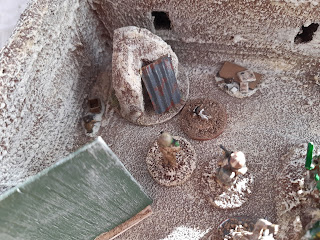 Below can be seen the cross eyed sniper located in a minaret of the local Mosque, thus felled failed to hit or come close to hitting anybody all game, he did admit to hitting the side of a barn from the inside. 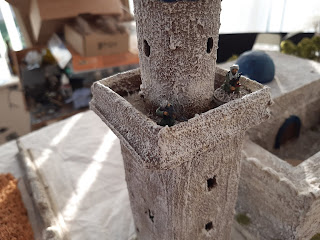 A RPG team set up at rear of the Minaret base, with a nice line of fire down the street, impossible to miss....WRONG! 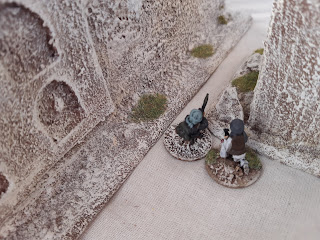 Woosh off it goes down the street.... 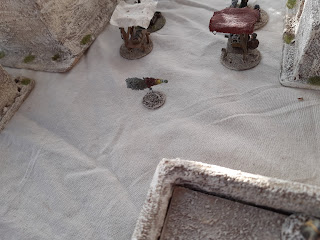 AND its a MISS!!!
Straight over the top of C22 as they cross the canal..at bottom of pic can be seen D22 picking up slight casualties (T3). taken from concentrated fire from a hidden LMG team and a four man fighter team with AKs. 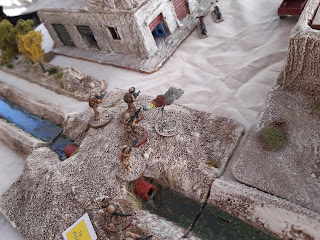 The hidden LMG pops round the corner and opens fire first and receives incoming back to no avail... 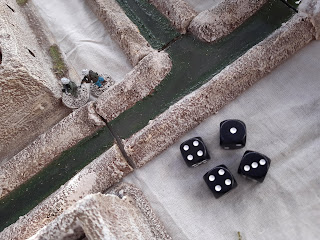 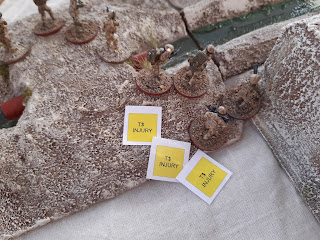 C22 pops smoke and crosses the street to get out of the way of the fire coming down the street. 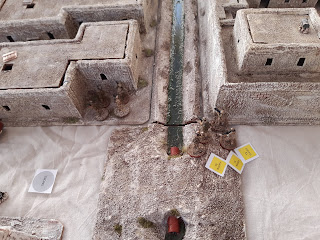 C22 fires a grenade from there UGL resulting in a wound, a grnade throw from platoon HQ causes another wound whilst C21 flanks round the shop front and flanks the enemy causing another wound. 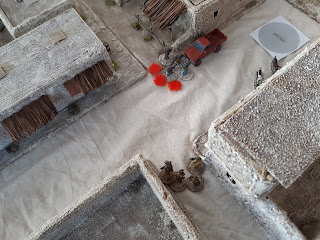 C21 lays down suppresive fire and pins the fighter team. 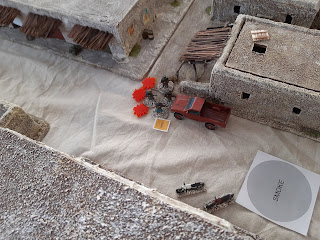 The smoke clears an Platoon Sergeant Connor takes a shot and takes one insurgent clean in the chest. 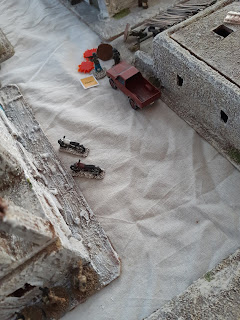 The fighter team decide its best to close with the Infidels and engange in close combat..the two fighters manage to wound one with a bayonet to the arm..anothet T3 casualty. 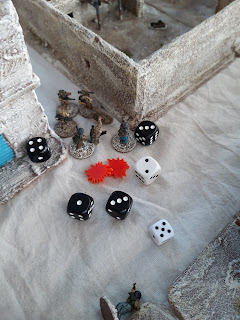 Meanwhile C22 advances along the canal and advances up the alley. On the others side of the canal can be seen third section providing over watch along the right flank, it was these who took out the LMG team on the corner. It was third sections job to search the compound they are currently in, but found nothing. 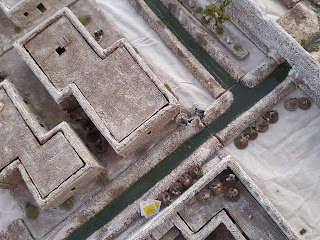 D22 follow in C22 foot steps and take cover behind the buildings as C22 push further up the ally, while D23 advance the right side and C23 follow up behind C22. C22 comes under fire from a previous hidden LMG team "MAN DOWN" ...C22 pop smoke and drag the casualty back down the ally to cover, C23 and D23 move up to engage the gunners. 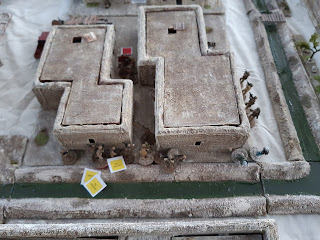 Woosh another RPG takes off down the ally towards C23. Must of been a bad batch of rockets, as another rocket sails over the head of the troops. 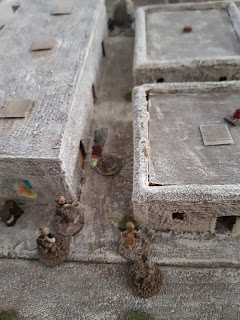 D23 move further up and spot an insurgent leader loitering in a side ally, too engrossed on his phone to notice the oncoming troops as he is bundled to the floor and captured. The LMG and RPG gunner can be seen in the compound. 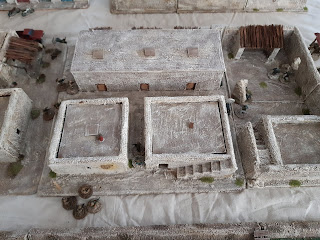 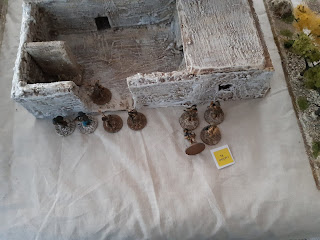 So what happened to D21?
They moved up th eleft flank to try and take the sniper out. 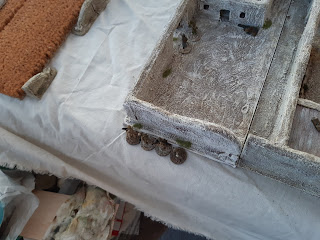 Coming under fire from the maiz field as more insurgents pour into the town. Bugging off back the way they came and climbed over a wall of a compound for cover. 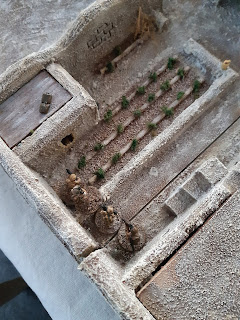 Eventually the LMG team RPG were eliminated within the central area and the hidden informants were found. The rest of the insurgents pulled back leaving 11 dead on the field. 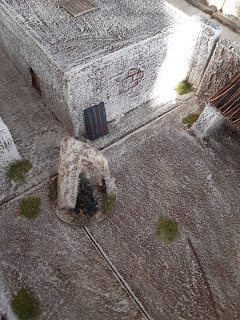 Some very poor shooting by the insurgents allowed the British to get away with four light T3 and one critical T1 casualties.

RangorUK
I have been gaming with toy soldiers from an early age, and the hobby just grew from there.